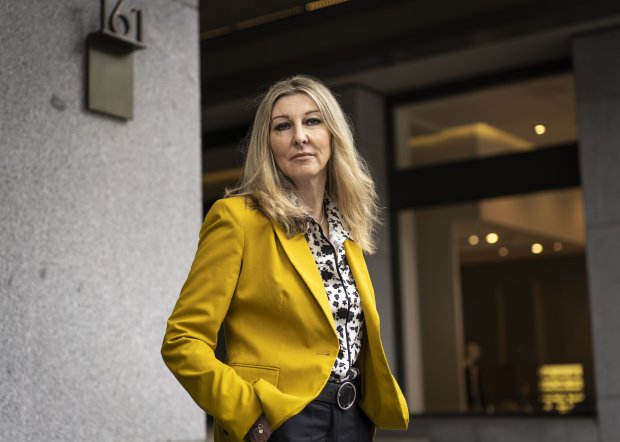 Professionals Australia will lead a push this year to organise technology workers over unpaid overtime and harassment issues, with big tech firm Google a major target.
The union is looking to expand its core membership base of engineers to the white-collar workforce in the face of huge growth predicted in the technology sector and increased demand for workers due to COVID-19 restrictions on migration.

The push follows more than 400 Google workers forming a union at the company’s US headquarters last month in what some observers have billed a global light on the hill in an industry known for its anti-union stance.

Professionals Australia chief executive Jill McCabe said the union had seen increasing membership among Google workers in the back half of 2020 as well as at other tech businesses, a trend that continued this month.

“Organisations like Google and Apple have really taken the place of some of the major employers we would have seen in manufacturing and more traditional industries in years gone by – it’s a real shift,” she said.

She said the union would marshall “a significant ramp-up in workplace activity in the sector” this year and that workers “are telling us they’ve had enough of issues like discrimination and harassment”.

The technology sector is expected to be a major driver of job creation in the post-COVID-19 recovery, with Deloitte Access Economics predicting the workforce to grow by 3.1 per cent on average for the next five years, double the growth in the broader labour market.

By 2027, Australia is predicted to have more than 1 million technology workers.

At the same time, the migration-reliant industry has seen an estimated 35,000 fewer technology workers between March and December 2020, due largely to a drop in skilled visa workers during the pandemic.

Ms McCabe said “to fill that hole, companies like Google are going to have to do a lot of work on their culture and the way they treat their employees to attract and retain the best and brightest local workers”.

“We want to have productive conversations with companies like Google this year because both businesses and workers will benefit from improvements in workplace culture.”

Since Google activists organised their own global walkout over sexual harassment issues in 2018, including in Sydney, Professionals Australia started holding meetings with employees, pushed for policy changes and signed up more than 30 members.

While the union’s current membership is a tiny fraction of Google’s now 1800 local workforce, it is still unusual for the largely well-remunerated profession.

So far, Google employees’ biggest concerns are cultural rather than financial, raising issues over gender discrimination, bullying or harassment as well as broader societal issues such as green energy, data privacy and surveillance.

Professionals Australia says overtime concerns are also a major issue, with union surveys showing tech workers in the private sector are working more hours during the pandemic but that 46.5 per cent receive no compensation for overtime.

The creation of the Alphabet Workers Union in Google US is expected to spur further activism abroad, with local delegates in daily communications with their international equivalents and workers already organised through in-built social media networks.

In response to the formation of the US union, Google’s director of people operations, Kara Silverstein, said the company has “always worked hard to create a supportive and rewarding workplace for our workforce”.

“Of course, our employees have protected labor rights that we support. But as we’ve always done, we’ll continue engaging directly with all our employees.”

Google sought to roll out improvements to tackle harassment and discrimination late last year and has highlighted global staff polls that found 76 per cent believed Google had the right priorities while 89 per cent were proud to be part of the company.

Professionals Australia is also in early discussions to form an alliance with Game Workers Unite, a grassroots organisation of video game workers pushing for better pay and conditions in the relatively small local industry.

Tim Colwill, a former game developer with experience working in unions, founded the Australian chapter of the GWU in 2018 and said much of the industry was notorious for paying below minimum rates.

“I would say at least 50 per cent of employers I’ve dealt with in the two years I’ve been pushing this genuinely do not know there is an award that applies to software development,” he said.

“This may be the dream industry for a lot of people and it may well be a passion you might have but the reality is the conditions aren’t great and the pay in many cases is appalling.”

While staff at the major gaming companies are well remunerated, some of the smaller studios paid as little as $38,000 a year in contrast to the $54,000 award minimum, he said.

Contracts allowing unlimited overtime at the employer’s direction with no compensation were also common, with developers working as much as 70 to 80 hours a week during crunch times.

However, the fresh flow of graduates meant “very few are willing to rock the boat” and so a collective response was necessary, Mr Colwill said.

GWU volunteers currently advise workers on their rights, review contracts and are formalising a database on suitable freelance rates.

Mr Cowill said it would “hopefully” establish a partnership with Professionals Australia this year and even look to negotiate an enterprise agreement.

But he said unions also needed to adopt a new approach to this type of worker – “a way that works for them [the workers]”.

“You really need to think outside the box in this industry. Their requirements are different from what you would expect,” he said.

‘Sitting on a volcano’

Some workers, he said, preferred freelancing to a permanent job – an arrangement unions have not traditionally supported.

“So the question is why not also be politically active around your wages?”

Former Australian Council of Trade Unions assistant secretary and research fellow with Per Capita, Tim Lyons, said he believed the sector was “sitting on a volcano”.

While technology workers were well paid, he said, they were not as well paid as many thought and some senior software engineers earned only slightly more than $100,000 a year.

“The union movement needs to organise what you might call the commanding heights of the economy,” he said.

“Historically that was things like the car industry but now it’s really important that tech workers are organised for the future of the labour movement.

“The issues faced by knowledge workers, coders or game designers, are effectively no different to people in a chicken factory – it’s job security, access to leave when you want it, it’s your super, it’s control of your hours of work. It’s not fundamentally different.”

This article was originally published by David Marin-Guzman on AFR.com, on the 27th of Jan 2021. Click here to read.

Find out more about RPEng